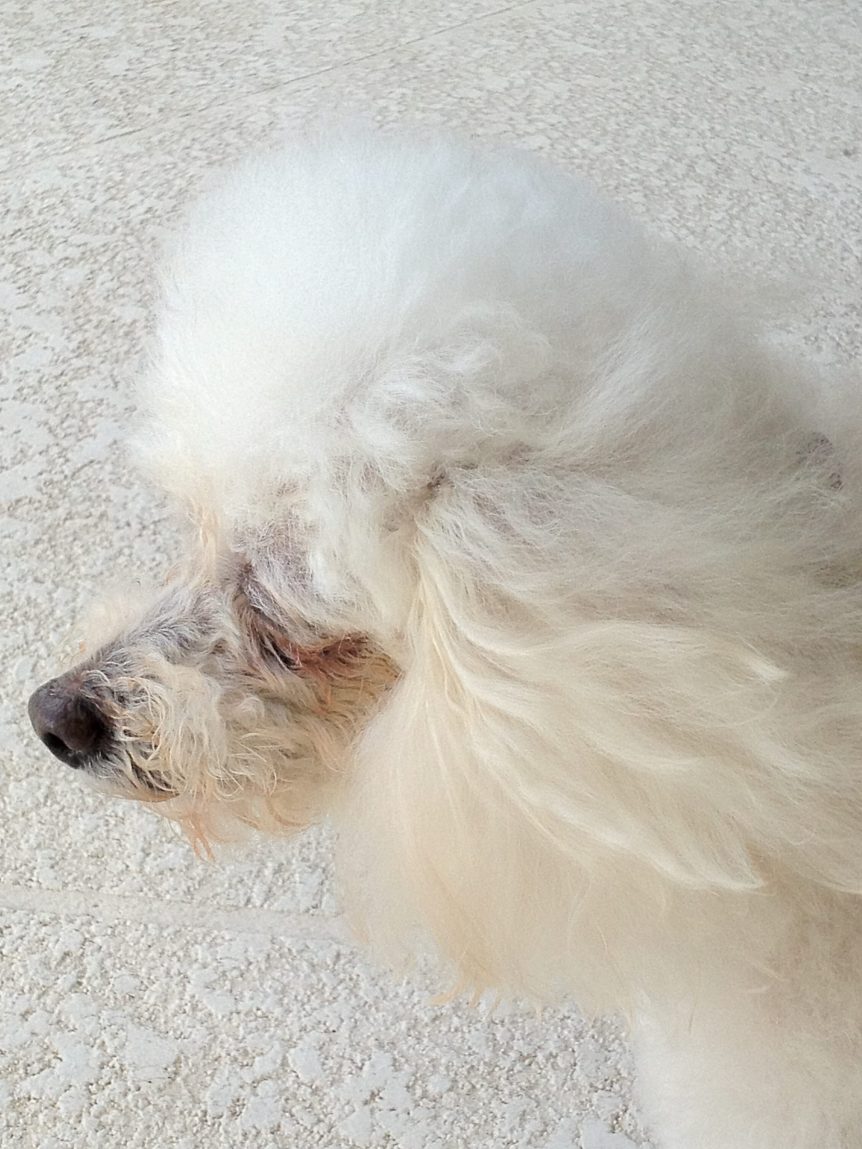 I am going to tell you a story that will change how you look at yourself and the power that you possess. This is a story about YOU and YOUR power as you and I are created the same. All 7 billion people have the same power. We just need to realize who we really are and what we are capable of doing.

Two months ago, my dog Sydney just turned 16 year young. Ten days later, on Sunday evening, he had a huge seizure. After that seizure, he could not recognize my husband and I and he made no eye contact and he had an incredible urge to walk. He was totally disorientated and he kept walking into walls and furniture. He kept walking till exhaustion. We fed him by hand as this was the only way he could be nourished. On Monday, he had three more seizures and on Tuesday three more. His legs lacked coordination and he kept falling frequently. He kept walking constantly and only walls and furniture would stop him for the moment. He barely ate. He had no control of his bowls. On Thursday he stopped eating and drinking at all. On Friday, the situation continued. He was so thin that when I picked him up, my fingers were going through his ribs. On Friday evening he pooped so much blood, that my husband and I, just looked at each other knowing that it was only a matter of hours. He was so weak.

What was going through my mind during that week? First, I was very surprised how calm I was. I was completely fine with any outcome. He has an incredible life and he is 16 so, I thought and…that is OK and if I heal him that is also OK. That was a very important start. Calmness is the key.

I decided to give it a go. I am a very calm person, but in the situation that I have just described it is important to stay calm all the time in every situation! I knew, that if I felt for him every time he fell it would only lead to one outcome. For me to heal him, I had to feel good all the time. I needed to have fun all the time! That was the next level that I needed to create what I wanted. But…how do you have fun in that situation? In my mind I went to Sydney’s cellular level. I imagined that the cells in his body were having fun. If you ever watched a baseball game, you have seen people making a wave. They get up from their seats, stretch their arms up in the air and then sit down, while their neighbors do the same. The wave goes around the ball park. I imagined Sydney’s cells as little cute creatures that were doing the same wave from his nose to his tail. Those tiny cells were having so much fun! Every time the wave came, the cells lit up with light that was health. Every time I had that picture of cells having fun, I found myself smiling as it made me feel good. So, every time I saw Sydney falling, I said: Oh, the wave was too big! I smiled as the wave was fun creating his health. When Sydney was continuously walking with no purpose, I said: Good for you, Sydney, walk it off!

So, when Friday evening came, I kept seeing in my mind the cells having lots of fun. I knew that I had to be in that state of mind. Saturday morning I woke up and went to see Sydney. He was laying on his pillow. He was either asleep or unconscious. He was still breathing. Every 20 minutes I came to check on him and I played the wave in my mind that made me smile every time. A few hours later, I saw movement. I came closer and Sydney lifted his head up and looked at me for the first time in a week! He made first eye contact. I could see that he recognized me! Then he ate a whole slice of ham and he drank. He was getting better and better every day. In less than three weeks, he recovered completely! He is full of energy and playful. And he eats!!! And…I mean, he eats! He gained his weight back. He is a happy 16 year young pup like he was before all that happened.

You see, your power and my power are exactly the same. We all have the same power. We just need to have fun and feel good in any situation. When we do that, we can create things in every aspect of our lives…beyond what we could ever imagine.

Sydney is on the picture for this blog.