When I signed up for Amanda’s class, I was unsure if it would be of any re (...)

I want to thank you
Teri Cable

Amanda,
I want to thank you for the countless times you have help me over (...)

Last Spring when I met you after your talking to my Kiwanis Club I began o (...)

I have such immense gratitude for having Amanda and her program come into (...)

When I first met Amanda, I will admit, I was quite skeptical. However, I (...)

Two weeks ago I lost my glasses. I was really puzzled. I know I had them i (...)

The best thing that happened in my life was discovering Amanda
Kim-Hai Nguyen D.M.D.,M.Sc. Prosthodontist

The best thing that happened in my life was discovering Amanda. Like many (...)

When I first met Amanda at our networking events, I really didn't know wha (...)

The story of Monte – how we healed our cat!
Laurie Jaeger

I wanted to submit this great testimonial to show how truly powerful we re (...)

Amanda has a true gift!
Melissa A.

I have been using the CD during my massages and my clients really do love (...)

Many times people wait til something goes wrong in their life before they (...)

I have to thank you for how you have changed my life. Because of our sessi (...)

Your strength has helped beyond words..
Vicki Campbell

Your strength has helped beyond words...thanks so much for making me dig d (...)

Do you believe in fairy tales
Joanna Kerr

I wanted to drop you a note to let you know how grateful I am for meeting (...)

I love what Totally Unique Ideas has done for me!!
Nikki Timberlake

I love what Totally Unique Ideas has done for me!! I now have more focus, (...)

Listening to the CD
John Rohde

Listening to the CD early in the morning is a tremendous way to focus my m (...)

Although, I may never know how I attracted Amanda into my life and it is o (...)

No Words
Vilmar A. Ribeiro

There are no words to describe how this CD made me feel. I have never hear (...)

No Words
Vilmar A. Ribeiro

There are no words to describe how this CD made me feel. I have never hear (...)

There is something important in the message Amanda gives us. I've been th (...)

If there were only a few million more of YOU in this world, it would be a (...)

Amanda we met about a month ago at a luncheon put on by the American Lung (...)

Thank you for the wonderful tool… I can’t wait to tell my friends and clie (...)

I can't say how much I love going to see you and learning with and from yo (...)

If there were only a few million more of YOU in this world, it would be a (...)

I have been working with Amanda for the past couple of months, and I reall (...)

Amanda we met about a month ago at a luncheon put on by the American Lung (...)

Thank you for your wisdom
Bill Bockhorn

You are truly an inspiration for everyone who is "lucky" enough to know yo (...)

It’s hard to share all the wonderful thoughts that I have about Amanda Dev (...)

Your strength has helped beyond words..
Vicki Campbell

Your strength has helped beyond words...thanks so much for making me dig d (...) 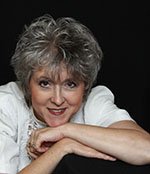 Asked a question; what is the most important thing in a person’s life? Amanda replied, “FREEDOM”. Born in communistic Poland, where there was no freedom of speech or human rights, where human life was just a number, and often an inconvenient one or “destructive” to the system when it did not follow the rules of the communistic regime. She will never forget her husband’s manager`s ankles and wrists, bearing horrible, permanent marks made by chains, he wore continuously for 15 years in a working camp, that imbedded themselves deeply in his skin. What did that man do, to deserve that kind of sentence? What was his terrible crime? 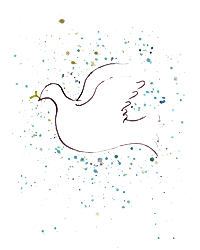 When freedom movement “Solidarity” was born, Amanda and her husband joined it to fight the inhumane system. After 16 months of the new era that brought a first gasp of freedom the movement was brutally crushed by the communistic regime. Military then took over the government, with a general in charge, the leaders of the “Solidarity” were arrested, curfew was put in place, soldiers and armored vehicles appeared on the streets and the “order” was restored. Amanda, her husband and many other people went underground to fight for freedom, risking capture and torture, and risking their lives. Many times people comment when they hear this story, “Amanda you were brave to do that.” She always looks the person straight in the eye, and says; “No, I wasn’t. I was very scared, but someone had to do it, so people would have freedom and live a better life.” When 12 of her friends got arrested, and in order to avoid her capture, Amanda and her husband left Poland and moved to Australia. For the first time in her life, she was free! She felt like a bird that flew out of a cage. It was a magnificent feeling, she will never forget.

She was free, but was she really? She was free from the oppression of the communistic government, and from its physical harm… yes, there was not a question about that. But was she really free? Soon, she noticed that many other people were not free either. They were living in a beautiful country with all the fantastic goods in everyone’s reach, but they were broke and often unhappy, settling for a job they did not like, accepting a life that was so much below their potential. Amanda was one of them. She knew that she deserved better, she knew she had huge potential, yet her life was getting worse in spite of her desire to improve it. After her divorce, she moved to the USA where she married a wonderful American.

Shortly after she started her career as an Insurance Agent, she became an innocent victim in a serious four car accident that completely changed her life. The accident damaged a disk in her neck and affected her nervous system. She was told her condition was incurable. Living in constant severe pain in every single muscle and ligaments of her body as the result of the condition of her nervous system, she struggled daily. In spite of her physical situation she was a successful Insurance Agent with a huge customer base. One day, her hopes decreased rapidly when she was forced to use a cane on a daily basis. As the time was passing, frustrated by her condition, she knew she had to make a choice. Either her life was going to be destroyed by her disability or she was going to take over her life and tap into her potential, in spite of her situation. In her mind she had only one choice. She was going to be in the driver’s seat! She was determined to be wildly successful in spite of her condition. With a new life force she started an extensive, fascinating research on the subject. She was determined to learn the secret of success, and to find out how to tap into that potential, she knew beyond any doubt she had. As she was discovering the truth she was applying it. She engaged the laws of the Universe she learned about and working as an Insurance Agent, in spite of her disability, she submitted in 3 weeks the amount equal to what she submitted in previous 6.5 months of the year.

Her life became the magic she always dreamed about. Amanda could not keep that knowledge to herself. Energized by the incredible forces that she encounters in her life, she decided to share it with others so they also could

live their dreams. She decided to dedicate her life to make people free by getting them out of their “cages”, where bars are not made of iron, but of boundaries they put on themselves, boundaries that are robbing them of what is their birth right…right to riches and happiness. Too many people like the man from Poland bear deep marks embedded by chains. Not on their limbs, but on their minds. The chains they wear through their lives are the chains of failure, past experiences, cultural conditioning, beliefs of limitations and poor habits. But it does not have to be that way. It can be undone by changing our thinking and working with the laws of the Universe.

Set a tone of your day with an inspirational message that will guide you to the right mind set to create it awesome.
Take advantage of my blog to get very practical hints and tips on creating desired outcome.
Visit Totally Unique Academy and start learning how to use your mind in 100 percent at the entry level.
Learn the ENTIRE formula.